The idea behind the transcript is to make a spoken TV interview available in an additional channel – in text form. Often, the reading process produces different and clearer connections. Structures are recognized and actual messages, text modules become even clearer and can be further researched. Thanks to the moderators and the TV stations that interviews can be transcribed.
Idea, feedback or found a mistake -> info[at]neuwal.com

Ladies and Gentleman, Wolfgang Sobotka, speaker of the parliament, spoke encouraging words when he said that you have to call things by their name. Don’t expect me to play dumb. Not on a day like this and not at a gathering like this.

I only want one thing: I want to look into the eyes of those whose lives we just heard about and who have been murdered by the Nazi regime. If only through the help of your and my imagination.

I imagine them asking me: What will you say to those, who are sitting amongst us and who belong to a party, whose members spread revisionist, antisemitic and racist messages on a weekly basis – either in public or hiding behind social media? What are you going to tell them?

Are you going to claim ignorance? As if you weren´t aware of the meanings of their codes? When they talk about certain ‚circles on the East Coast‘? When they play with the number 88? Or when they use the name of ‚George Soros‘ as clickbait for conspiracy theories in the tradition of the ‚Protocols.‘

The term ’solid rumor‘ will surely find a place in the dictionary of perfidy and defamation.

When I think of the victims, I hear them ask: Are you numb to this challenge? Are you no longer alarmed by the daily ‚isolated cases‘? To the contrary, are you someone who sees the frequency of those cases as a general symptom, of something normal, of something which we already are familiar with, and who lull that it is ’nothing new‘?

Great evil is not – and never has been — the product of a single step. It is the product of many small steps, each of which seems too minor to merit our collective outrage. First there is talk, then action.

When I think of the victims, I hear them ask: Are you going to stand idly by while the current interior minister talks about concentrating human beings in certain areas?

Are you going to cowardly clench your teeth, when there is no need to? Who can get to you in your country, if you tell the truth?

This party, which is part of our government, is right to demand that Jews must be protected from the antisemitism of certain Muslims who came to our country. It is the correct thing to do. Only: I don’t believe their calls.

They want to justify anti-islamism through philosemitism. This is as disingenuous as the neon-cross-flailing love for Christianity. It seems our country needs scapegoats.

But does it really need them? Who is it that thinks we are capable of such moral squalidness?

Can you label the released prisoners of the concentration camp Mauthausen as a ‚menace‘ in your affiliated newspaper (FPÖ affiliated paper ‚Zur Zeit‘) on the one hand, and pose as a defender and protector of Jews on the other?

Turns out: You can. Yes you can.

I am shocked about the first thing. But I don’t believe them on the second.

Whoever does, is either an idiot or just pretending and being a cynic. Both I don’t want to be.

Ladies and gentleman, you all heard the stories that were collected by our young people. And I know that you thought to yourself: what if those poor people could have escaped? But you also know that even back then some people were bragging to have closed routes for refugees.

I thought long and hard about what I should tell you today. I would have preferred not to speak. But I was asked and it is my civic duty to address you.

It would have been too easy to repeat the standard phrases, ‚Never again‘ and ‚Never forget,‘ as if for a school essay in order to get a good grade.

But you know that we cannot go on pretending.

That is something I can’t and won’t do anymore. Especially on a day like this, at a gathering like this.

It is the victims who are speaking to us today through their stories. I want to be able to look them into the eyes. Them, and myself in the mirror. 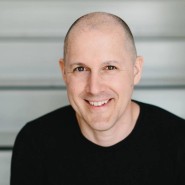